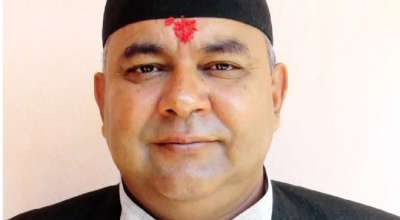 Lalitpur : The ongoing work of revamping and redesigning the four motorable bridges along the Kalanki – Koteshwor stretch of the Ring Road is near completion.

The expansion work of the bridges has been completed by 95 per cent, according to the Kathmandu – Chakrapath Road Project. “The remaining works that need to be undertaken are that of setting up the railings and constructing footpaths,” said Project’s engineer, Ramesh Dristi.

The bridges are being expanded at Khasi Bazaar (Kalanki), Balkhu river, Bagmati river and over the Manohara river at Balkumari section. The Kalanki – Koteshwor stretch of the Ring Road is currently under expansion and will have eight lanes – four major lanes and two side lanes – once it is completed.

The expansion of the stretch of road from Koteshwor to Kalanki being undertaken with the support of the Chinese government is 312 million yuan. Five kilometers of the 10.32 km Kalanki – Koteshwor route will be completed this year while the remaining 5.39 km will be completed in the next two years. RSS