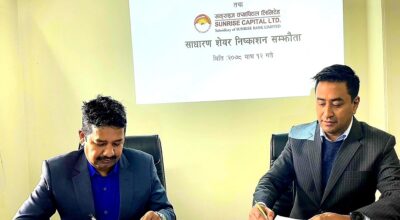 Inaruwa : One of the murderers of Devananda Mehta of Sunsari has been arrested after 10 years on the run.

Among the three murderers, police were successful in arresting Minya, who was made public on Friday. Minya was arrested by a joint team from DPO Sunsari and Area Police Office, Devangunj from the border.

Mehta was shot to death on October 25, 2008. The Sunsari District Court has extended Minya’s custody for further investigation. Minya has already been convicted of the murder. Police are still searching for Pachu Minya and Kamal Minya involved in the murder. NA election: Voting to take place from 9.00 am today