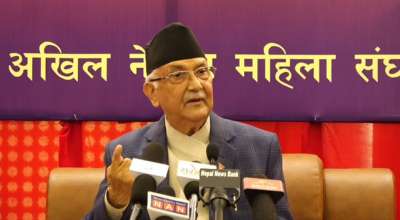 Under the security measure, VIPs and VVIPs will be escorted under tight security from Nepal Army, Armed Police Force, Nepal Police and the team of the National Investigation Department from the Tribhuvan International Airport to the guesthouse, and between the Summit venue and their other destinations.

Security arrangements have been made for VIPs and VVIPs in line with the government’s direction, said Deputy Inspector General of Police Manoj Neupane.

“Separate security measures have been adopted for each VVIP guest,” he said, adding that security management preparations have been over. The Home Ministry has informed that security arrangements have been in place for guests attending the Summit according to the VVIP Security Procedure, 2070.

Heads of State or the Governments of the member nations including Nepal, India, Bangladesh, Thailand, Sri Lanka, Myanmar and Bhutan are taking part in the Summit.