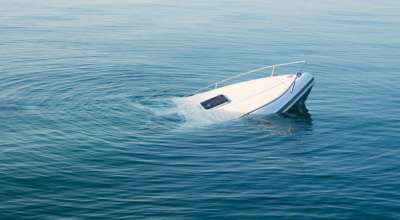 Organizing a news conference here Friday, coordinator of the high-level panel and Joint Secretary at the Home Ministry Hari Prasad Mainali made this remark.
On the occasion, Mainali said the police personnel reached the incident site did not exhibit their seriousness. So, they were suspended and recalled by the centre. They would be interrogated into the incident and the tenure of the probe committee would be extended as per the need though it was given the timeline of 15 days. The given timeline is completing today.
“We will submit the report to the Home Ministry within three-four days by incorporating the truth, facts and details of the investigations,” Mainali said, adding that weaknesses are observed on the part of police personnel in the investigation.
Mainali said that the police officials deployed for the investigation did not perform what they were supposed to do but performed what they were not, adding that the entire details would be incorporated in the report.
“We collected evidences, coordinating with all sides- locals and civil society- and got cooperation from them,” he said.
The probe committee had arrived at Bhimdattanagar on August 24. Coordinator Mainali said the report would be submitted within some days.
Nirmala was killed after rape on July 26, and her body was found in a sugarcane field a day later.
Separate investigations were carried out by the Central Investigation Bureau (CIB) of Nepal Police and District Police Office, Kanchanpur.
National Campaign to control VAW begins
Meanwhile, a national campaign on control of violence against women (VAW) and protection of human rights has kicked off here Friday.
The campaign was initiated with the collaboration of the National Human Rights Commission and Nepal Police in the wake of growing VAW cases and need to ensure justice to the victims.
As per the campaign, discussions would be held in all provinces including the capital city.
Inaugurating the campaign in Province 7 on Friday, Minister for Internal Affairs and Law, Prakash Bahadur Saha, said rule of law must prevail for citizen’s rights.
“Those authorized for investigation must not misuse power,” he said, calling for fair probe and justice relating to Nirmala’s rape and murder.
Inspector General of Nepal Police Sarvendra Khanal has committed to take action against the culprits of Nirmala murder case.
He added that the police if found wrong in investigation process into the case would be removed from the job. He also shared that the Ministry of Home Affairs was minutely watching the case.

Similarly, National Human Rights Commission Spokesperson Mohana Ansari said that there were weaknesses in the investigation process forwarded by police and the commission was monitoring the case thoroughly.
She also noted the important role of police in controlling VAW.