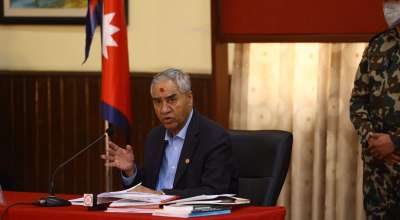 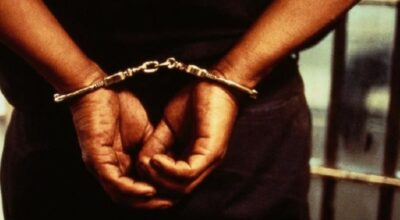 The Minister who arrived here to attend the programme to commemorate the 20th Basu Memorial Day here today said this at a press meet held in the district headquarters Gorkha. He described the rumour on government reshuffle ‘not true’
No discussions were held on the change in the Council of Ministers as gossiped outside. Claiming that the government had done many remarkable works in the past six months of its formation, he underlined the need of speeding up its rate of work and systematising it.
“An end to syndicate system in public transport service, special efforts towards the corruption control and control of smuggling are the special works of the government,” he asserted.
According to him, government has not moved back in regard with taking action against the contractors responsible for delayed projects.
Targeting his remarks at the Nepal Communist Party headed by Netra Bikram Chand ‘ Biplav’, the Home Minister said, ” Now, some forces are making efforts to foil the federalism and trigger anarchy in the society, but they have also been brought under the government control.”
In a meeting of the District Security Coordination Committee here today itself, he directed for keeping the security mechanisms efficient, prompt and effective. He visited the historic Gorakhkali Temple which is under-reconstruction after the Gorkha earthquake.

Though he was earlier scheduled to visit Barpak, the epicenter of the 2015 April 25 earthquake, adverse weather affected the schedule and he arrived at the district headquarters. Adverse weather conditions did not permit his helicopter to land in Barkpak.