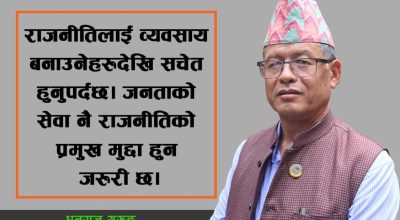 24 Bhadra, Kathmandu: Kathmandu Metropolitan City (KMC) has started removing all the unauthorized structures constructed at Pashupati Area from this morning. KMC started removing such structures from today after its request to remove these structures immediately was neglected by the owners. Issuing a notice, the KMC had asked the businessmen to remove the illegally constructed structures. Chairperson of KMC ward no 8, Ashaman Sangat, said although the businessmen were urged to remove the illegal structures constructed around the Pashupati area, the metropolis started pulling down such structures after its frequent requests went unheeded. According to the ward office, the shops running without registration have been closed from today. The Pashupati Area Development Trust had been collecting rent from such illegally constructed structures. —