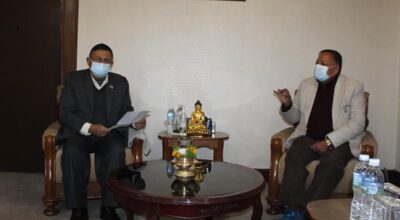 The award set up by freedom fighter, Daya Shanker Palikhe’s family and run by Federation of Nepali Journalists, Kaski Chapter carries a purse of Rs 33,333.

Journalist Poudel, who has been active in journalism for the past two decades, is Editor – in – Chief of the Pokhara Patra national daily.

The FNJ Chapter in Kaski approved Poudel’s name for the award at the recommendation made by the Talent Selection Committee formed under the coordination of Press Freedom advocate, Kusum Keshav Parajuli. Impact of offseason rains: rice production down by 8.74 %