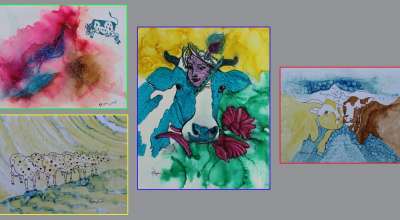 While preparation for the summit is underway, the works relating to writing of Declaration and its contents were being carried at a war footing.
Prior the two day summit, preliminary meeting such as the secretarial meeting of the Secretaries of the Ministry of Foreign Affairs or Ministry of External Affairs of the member countries and the ministerial level meeting of the Minister of Foreign Affairs/ Minister of External Affairs of the member countries would take place on coming Tuesday and Wednesday respectively.
Organizing a press conference at the Ministry of Foreign Affairs today, Minister for Foreign Affairs Pradeep Kumar Gyawali said, “It has been confirmed that the Chief Justice would lead the team from Bhutan to the summit while Prime Ministers from India, Bangladesh and Thailand have would partake in the summit while a team led by the President of Sri Lanka would mark their presence in the summit.”
BIMSTEC is the regional group of seven countries which lies near the Bay of Bengal. The member countries include Bangladesh, Bhutan, India, Myanmar, Nepal, Sri Lanka and Thailand.
Minister Gyawali shared that the Chief Justice of Bhutan, who is also the interim advisor to the Bhutanese government, was coming to Nepal representing Bhutan due to the election in Bhutan while the Presidents from Sri Lankan and Myanmar would be making a bilateral visit to Nepal during the summit.
According to Gyawali, President of Myanmar is scheduled to arrive in Kathmandu on 26, Sri Lankan President on August 27. Both VVIP guests would be making a visit to the birthplace of Lord Buddha, Lumbini.
Similarly, he informed that the Prime Ministers from Bangladesh, Thailand and India would arrive on August 30.
President Bidya Devi Bhandari is scheduled to hold meeting with the leaders from the BIMSTEC member countries representing their countries in the summit on August 30 and organize a lunch reception on the same day while Prime Minister KP Sharma Oli would organize a dinner reception for the VIP guests and their visiting team the same night, according to Minister Gyawali.
The scope of 14 areas of cooperation identified by BIMSTEC such as trade, investment, transportation and communications, energy, tourism, agriculture, anti-terrorism, poverty eradication, public health, environment and natural disasters among others would be narrowed down and these areas of cooperation would be focused on the eradication of poverty in the people of these countries.
BIMSTEC was established in 1997 through Bangkok Declaration. Embodying the essence of equality and cooperation, it is aimed at enabling environment for rapid economic development, accelerate social progress and promote collaboration on matters of common interest in the region
The Prime Minister of the host country shall chair the Summit which will, making a review of progresses achieved so far by the BIMSTEC in the area of mutual cooperation, direct for organization’s future actions.
According to Minister Gyawali, the Summit will concentrate on the issues of energy, trade, the Buddhist circuit, tourism promotion and reduction of impact of climate change.
Besides, issues relating to connecting the nations by power transmission grids and optical fibers not only by land, water and air routes will figure as the top priorities of the summit.
Establishment of the BIMSTEC development fund to support holistic development efforts of the member states, preparing the charter of the organizations already completing two decades of its establishment, taking the entire BIMSETC region towards peace, prosperity and sustainability and eliminating poverty remain as the main agenda in the Summit of this sub-regional body.

Nepal, in its capacity as BIMSTEC chair and host of the Summit, holds the responsibility of finalising the draft of Kathmandu Declaration. It will raise the matter of making the organization more effective and result-oriented by escalating the scope for cooperation in the Summit with equal priority.