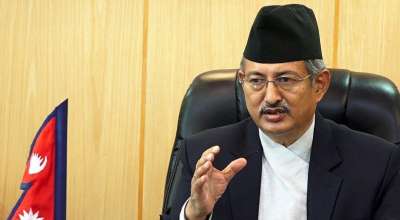 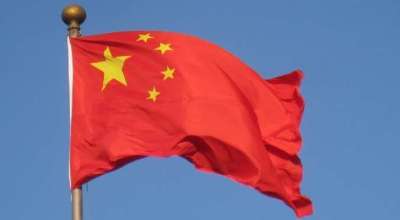 Speaking to the journalists at the Biratnagar Airport in Morang today, Minister Mahaseth asserted that an investigation commission would be formed to investigate into the matter.
Mahaseth, arguing that none should be above the law, said that the construction company, should be brought to the ambit of law irrespective of who runs or owns the company.
The owner of the construction company is the federal parliamentarian to which the Minister said that the government would not lag behind to take action him despite his position.
“Action would be taken against the culprit according to the suggestions furnished by the Commission,” reiterated Minister Mahaseht.
According to him, rest other contractors had to suffer due to some 5 per cent of the fraudulent contractors. He assured that the public would feel convenience in some time after the roads and bridges are built.
Minister Mahaseth also shared that altogether 145 contractors were brought to book for their negligence or sub-standard constructions.
Furthermore, around Rs 150,000 to Rs 50 million were fined to the construction company entrepreneurs for their wrongdoings, according to the Minister.
He confessed that many construction works were delayed due to the government procedure and said that the government now onward would call for tender only after issuing site clearance.
Minister Mahaseth informed that the bank account of altogether 245 transportation entrepreneurs were ordered to block for operating syndicate and investigation were ongoing by the department of money laundering investigation.
He claimed that the syndicate in the public transportations had completely ended and all the public transports would be registered in the Company Registrar Office by mid-December.
Minister Mahaseth said that a new provision has been put in place according to which the public transportation plying the roads in the urban areas and towns could ferry 20 per cent of more passengers that its seats which he believed would end the over cramming of passengers in the public transports.
Overloading has been one of the factors behind road accident.
Admitting that there was still syndicate in the public transports plying the roads along the BP Highway, he shared that a 29-seat public bus would be launched in this route within 3-4 months.
According to him, around 400,000 of the 700,000 smart licenses were already issued by the Department of Transportation.
On another note, regarding the issues of agitation launched by doctors, Minister Mahaseth said the government’s attention was seriously drawn towards the issues raised by doctors.