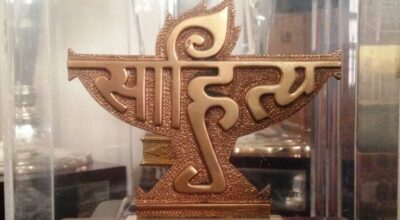 USA:When Fox News, Donald Trump’s favourite TV megaphone, broadcast an almost unprecedented apology this week, the US election campaign seemed to have reached a peculiar high point.
But more was to come.

The apology was for its report that, less than a week before election day, a criminal indictment was expected in the supposed investigation of donations to Bill and Hillary Clinton’s charity foundation – what Trump calls their corrupt money pit.

A day later the Fox reporter walked back on words – but what was the source of that report?

Fox had been the principal conduit for Trump supporters who contend that FBI agents are furious with “stonewalling” by their higher-up prosecutors in the Department of Justice.

They and others were upset that FBI director James Comey had broken with the agency’s policy of not proceeding with politically-charged investigations close to election time.

That was back in July when Comey announced that Clinton’s handling of government emails on her personal server was careless but not prosecutable.

So the case, it seemed, was closed.

But last week, when Comey cryptically informed Congress that more state department emails found on her assistant’s personal computer were being examined, Trump greeted the news with glee.

Maybe, he said, the system wasn’t as rigged as he’s claimed.

Now it was the Democrats’ turn to be upset.

They argued that the FBI was operating on a double standard: publicising investigations that cast a shadow on Clinton but staying mum on its probe into links between Trump and Moscow, which the US government alleges is using hackers to leak emails embarassing to the Clinton campaign.

On Friday, though, Trump became the target of more negative news.

The Associated Press reported that it found records showing his Slovenian-emigre wife, Melania, had illegally worked in the US for pay while still on a visitors visa.

Just the kind of lawlessness that Trump has condemned to justify deporting millions of migrants – a centrepiece plank of his campaign platform.

At the same time, the Wall Street Journal reported that a former Playboy model had been paid $150,000 for the exclusive rights to her account of a year-long affair with Trump after he married Melania.

But the National Enquirer, which has exposed many politicians in the past for their peccadillos, is owned by a long-time Trump pal.

And strangely, the Enquirer has yet to publish the story, which might further compromise Trump, who has apologised for crude bragging about his supposed sexual conquests but has denied the claims of a dozen other women that he’s made unwanted physical contact with them.

Even if voters follow the twisting plots in the last days of this campaign, it’s questionable whether any or all of them will be sufficient to swing the election in either’s favour.

But they might make them more glad to see an end to this joyless campaign.